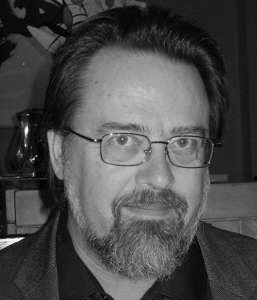 Jay Shepherd is most well-known for being an “out-of-the-box” thinker.  In his thirty-seven years as a lawyer, it has been his penchant for thinking laterally – bringing a different and often unexpected perspective to legal and policy issues – that has been the recurring theme of his career.

Today Jay is known as a highly respected and experienced energy lawyer.  Since 2003 he has been lead counsel for the School Energy Coalition, representing all five thousand Ontario schools in the energy regulatory environment.    Since 1995 he has also been the primary regulatory counsel in Ontario for the HVAC Coalition, an association of Canadian heating and air conditioning contractors.  More recently, in 2016 he became lead regulatory counsel for the Ontario Geothermal Association, whose industry is a key part of Ontario’s low carbon future.

Previously, in 1985 Jay was one of the founders of what is now the Association of Power Producers of Ontario (formerly IPPSO), and went on to be a member of their Board for ten years, including a stint as President, and several years as publisher of their magazine.  He has had a longstanding interest in conservation and renewable energy, including stints on the boards of the Canadian Wind Energy Association, the Atlantic Wind Test Site, and the Conservation and Renewable Energy Industry Council.  He is currently a member of the Ontario Energy Board’s Evaluation Advisory Committee for gas conservation programs, and a member of the Ontario Sustainable Energy Association.

When first called to the Ontario bar in 1980 (after several years as a banker), Jay was a tax lawyer, and until 1991 headed the tax department of a major Toronto law firm.  He left to expand his energy and high tech practices.  From 1993 to 2003, his practice was divided between advising technology startups, and his increasing energy practice.  For two of those years, he left the practice of law to be a high-tech CEO himself.   He returned to law to focus more heavily on energy.

During the course of his career, Jay has sat on numerous boards of both non-profit and business corporations.  He has also been a very active writer and speaker, including his book The Law of Fiduciaries, originally published by Carswell in 1981.  For more than a decade he was an adjunct professor, teaching tax law, at Osgoode Hall Law School, York University. He now writes regularly on energy and other issues.

Outside of the legal world, Jay has for more than twenty years been involved in socially responsible investing, including a year as President of the Responsible Investment Association of Canada (formerly SIO).  In his personal life, Jay is an avid traveler, particularly in Europe and Asia.  He also golfs, swims and cycles, looking forward each year to his charity rides for the MS Society of Canada.  He has two adult kids, and lives in Toronto.

What’s Up With Orillia?

How Bad is the OEB, Anyway?
Death Spiral
The Big Build
An Answer for the Premier
Corporate Governance

Outcomes: The End of ROE